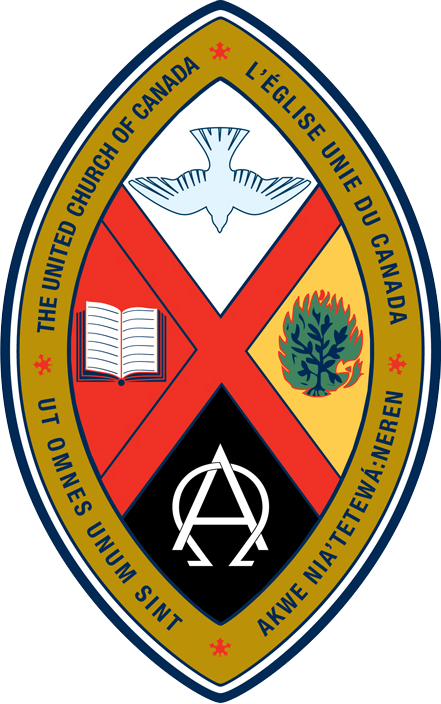 The United Church of Canada

Ryerson United Church is a community of faith within the bounds of the new Horseshoe Falls Regional Council of the United Church of Canada.

The new organizational structure of The United Church of Canada became official on January 1, 2019. Find out more about the new changes, including names of the regional councils, on the United Church website.

“That All May Be One” — this is the prayer Jesus offers for his followers in John 17.  His words are captured in the Latin “Ut Omnes Unum Sint” and in the Mohawk “Akwe Nia’Tetewa:Neren” on the crest of The United Church of Canada. This is at the centre of our understanding of what it means to be the church. To be the church is to be in relationship because we cannot be the church in isolation.

The Area and Amenities

Ryerson United Church is located centrally in the historic Village of Ancaster.

Historic Ancaster dates back to the late 1700’s. It became a township in 1850 and a town in 1974. It was amalgamated with the City of Hamilton in 2001. There is still a wide diversity of architecture dating back to the early 1800’s.

The Ancaster BIA considers Ryerson a honourary member. We are an integral part of this community.

Every year we participate in “Ancaster Heritage Days” usually held during the first week of June. We are famous for our BBQ pork burgers.

Our building is also home to the Ancaster Montessori School, Scouts, Guides, AA and the My Pop Choir.

The Haiti Water for Life Project was born out of a trip that our church members and Rotarians, Roy Sheldrick and his wife Norma took to The Hopital Albert Schweitzer in 1996. They were on a work team led by the Late Dr. Everett Sargeant and his wife Arlene, also members of our church. This trip turned out to be a life changing experience for Roy and Norma and is very typical of the International development work that is carried out by Rotarians around the world.

Ancaster is known as the City of Waterfalls. Our church is near Tiffany Falls, Old Mill waterfalls and Ancaster Heights to name a few. There are fifteen waterfalls in the area.
We are surrounded by historic sites such as the Fieldcote Museum, Tisdale House and Griffin House.
We are closely situated to the Sulphur Springs Trail located near Sulphur Springs Road. The first point of interest is the historical Sulphur Springs fountain. During the late 1800s, the Sulphur Springs Hotel with its mineral spa was a popular summertime destination. The sulphur waters were believed to have wondrous curative powers that attracted visitors from far and wide. The hotel closed in 1910 after two severe fires.

We are near a variety of dining establishments located in heritage buildings.

Links to sites of interest:

Ryerson’s beginnings took place in 1808 with the holding of church meetings in people’s homes. Our history goes back to the days of the Circuit Rider or Saddlebag Preachers who journeyed through the wilderness in all sorts of weather to bring a message of hope to all who would listen.

The Ryerson Chapel was built in 1869 by George Guest and Sons. Mr. Guest was a sculptor from England who relocated in 1855 to settle in Ancaster with his family. The Chapel walls were cut and fitted limestone 18 inches thick, starting about 8 feet below the present grade at Wilson St. All the stone was donated gratis by George Guest, then a quarry operator, builder and trustee and the major contributor to the building fund. The lot on which the Chapel is built cost $100 and was purchased from James Chep, first Treasurer of Ancaster.

When the Chapel became too small to hold the growing congregation larger premises became necessary. As a result plans commenced in 1954 to purchase 4 acres of property adjacent to the Chapel and build a new church. The Rev. Wray Davidson was a driving force in the detailed planning for the new church. His motto was “Our oars are in the water… and we’re headed upstream”. Rev. Davidson assisted in the laying of the cornerstone on November 8, 1959. Subsequently the last addition to the new church was made which connected the Chapel to the new church.

The official opening and dedication of the new Ryerson United Church was on May 15, 1960. The unveiling of a plaque on the outside wall of our present Chapel took place when the new Ryerson church was built. The Chapel was dedicated and renamed RYERSON UNITED CHURCH CHAPEL. The inscription on the plaque reads:

“OTHER MEN LABOURED AND YE HAVE

ENTERED INTO THEIR LABOURS”

In 1951 it became apparent that the Sunday School accommodations were inadequate to meet the needs of the Sunday School so discussions ensued for expansion. Lands were purchased from L. Bram at a cost of 200 dollars and in 1952 an L-shaped extension was added to the existing building as well as needed upgrades to the existing Sunday School room. However in 1973, twenty-one years from the time the extension was built, it became time to demolish these same rooms. Due to the age of the building further repairs were becoming hopeless and the deteriorating wood frame increased the chance of the building becoming a firetrap for the Sunday School youngsters. Plans were underway for a new addition, a fireside room and extension.

Sod turning took place on November 13, 1977. The Fireside Room, and offices for the Minister, secretary, associate minister and Sunday School rooms on the lower level were finished in 1978. The dedication ceremony was held on Sunday September 24, 1978 in the Fireside Room.

Also thanks to some concerned and dedicated members of Ryerson United Church, Ryerson Ancaster Homes was incorporated as a non-profit corporation in 1981 and eventually completed in 1983 accommodating seniors in 30 apartments. It is not connected financially with Ryerson United Church but the corporation does have a close relationship with the Church as a neighbor and because the members of the corporation are also members of the church. It has allowed seniors from Ancaster to live where family and friends are and where they feel secure.

On February 11, 1990 a dedication was conducted by the Reverend Graham Tipple for the 20 stained glass windows that were installed in the sanctuary. They represent a sequence of events in the Life of Christ. The basic design for each window was drawn in England. Mr. Fred Buchlinger of Toronto, an artist, who did the work of firing, tinting, cutting and leading of the English Cathedral glass turned the bare outline of the drawings into a finished work of art.

Members of Ryerson United Church are very fortunate to have a world class facility in which to worship. Some years ago it was recognized that not all areas of our building were accessible to all of our members. An elevator fund was spear-headed in May 1999 by the United Church Women (UCW) with a donation of 2,500 dollars. In 2003 a significant donation was received from the Estate of the Late Gordon Stevenson, a long-time member and trustee of our church. We were now in a position to proceed with the installation of an elevator. In addition to the elevator renovations were made to the church offices and the main kitchen, new offices were added, an expansion to the Fireside Room kitchen and a new entrance from the lower parking lot provided ramp access to the rear of the church and the elevator. In later stages of construction other upgrades were done to flooring, ceilings, lighting, washroom fixtures and painting of significant areas of the church. We are indebted to Jim Tarbutt, president of Tarbutt Construction and his staff for their dedicated efforts in completing the project with such professionalism.

A service of dedication was held on Sunday June 12, 2005 where a plaque was placed beside the elevator to recognize the significant contribution of Gordon Malcolm Stevenson. At this service the UCW also thanked Jim Tarbutt for his support in expanding the Fireside Room kitchen and in tangible recognition of appreciation a plaque was placed and designated the “Jim Tarbutt Kitchen”.

Ryerson United Church affirms that the land on which we gather is the traditional territory of the Haudenosaunee and Anishnaabeg, is covered by the Upper Canada Treaties and is within the lands protected by the “Dish With One Spoon” wampum agreement. We recognize the enduring presence of Indigenous peoples on this land.